Meet Magic; so named because not only is Gwen a massive Queen fan but because it’s a kind of magic that she’s here with us today. Magic has battled Myxomatosis and won.

Magic came into contact with Myxomatosis not long after she arrived at Bunny Burrows. As soon as we noticed symptoms of Myxomatosis in the other baby wild rabbits in our care at the time we vaccinated her. Although it wasn’t enough to stop her from getting myxomatosis it definitely helped in her fight for survival.

There is no treatment for Myxomatosis so Gwen was making it up as she went along. There were many a time she questioned if she was doing the right thing but she couldn’t give up on such a little rabbit who was determined to survive. Little Magic needed round the clock care and a carer with a strong stomach.

Poor magic wasn’t a pretty sight. Huge red legions covered her face, her ears, her eye and her toes. These legions needed to be cleaned and treated every day. Antibiotics were given in case of a secondary infection and anti inflammatories to help with pain and swelling.

Slowly but surely the legions began to dry and drop off. Magic began to look like a rabbit again rather than an angry red blob.

It’s taken 10 weeks of intensive care, hundreds of pairs of gloves, countless disposable aprons, an arsenal of medication and lots of love for Magic to come through to the other side. She will remain with Gwen at Bunny Burrows as one of the resident wild rabbits.

Myxomatosis is a man made virus originally introduced in Australia in the 1950s to control the rabbit population. It is passed from rabbit to rabbit by direct contact or through insects. No rabbit is safe, even if it lives indoors. Get your rabbit vaccinated. 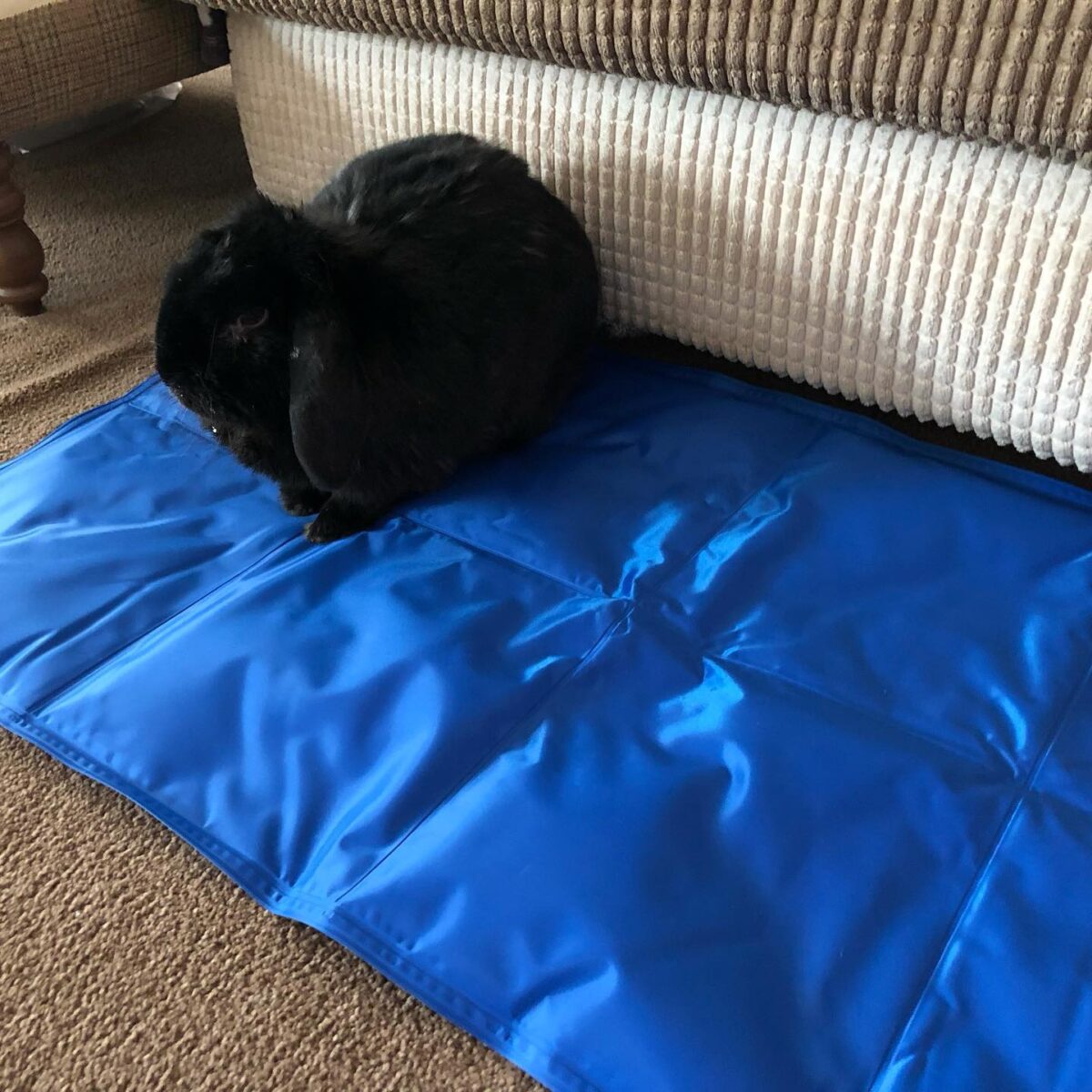 You know it’s hot when the tortoises won’t come out of their house!

As the temperatures rise across the UK we need to watch out for signs of heatstroke in our small furry friends. It can be fatal. We believe that prevention is better than a trip to the emergency vet and a huge vet bill. So here are our tips on keeping them cool and how to spot heatstroke.

Remember heatstroke is an emergency and veterinary advice should always be sort.

Remember heatstroke is an emergency and veterinary advice should always be sort.

If you are too hot then we can guarantee that your small furry friends will be feeling the same way. 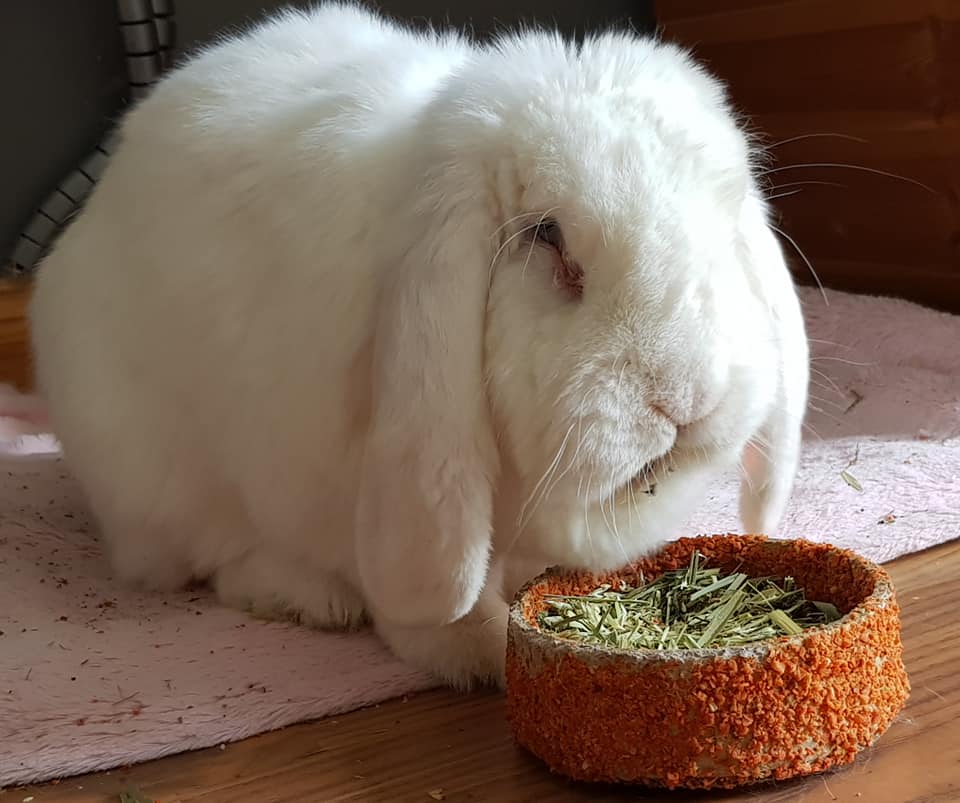 I am Wilbur. I am NOT an Easter bunny.

I am a big bun who has lots of fur but not a very big tum. I like to keep myself clean, my bunwife too. I worried my mum sick when I stopped eating late the other night. GI Stasis caused by fur blocking my gut.

Mum says the strings of pearls I leave behind are a welcome sight but she can’t sell them to recover the costs.

I am Wilbur. I am NOT an Easter bunny. 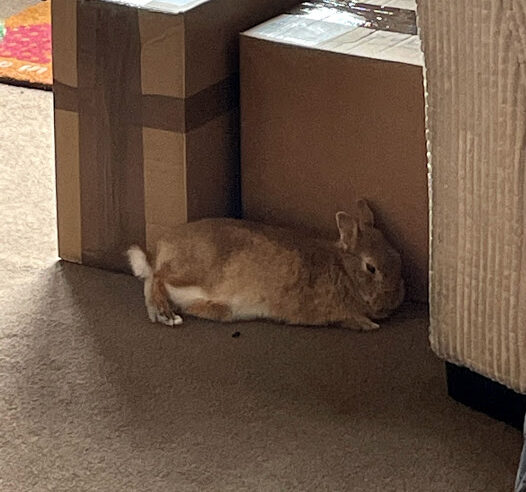 I am McVitie. I am NOT an Easter Bunny.

I am the Bunny Burrows’ guard rabbit. I may be tiny. I may be cute. But I take my job very seriously. I don’t care if you have two legs or four; disturb the peace and I’ll be there. My warning thump can be heard all over the house.

Nanny Gwen says its a good job I have no front teeth. I’m not sure that I agree. I cannot bite you so I’ll have to box you instead!

I am McVitie. I am NOT an Easter Bunny. 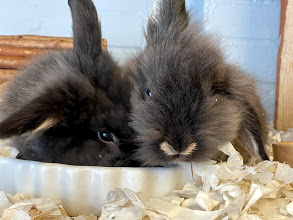 The Christmas Miracles are getting ready to fly the nest and go to their furever home. They want one last party before they go so they are hosting the first fundraising auction of 2021. And they’ve made it a bumper one! An Easter extravaganza even.

Their auction can be found on our Facebook page until 9pm Sunday 7th March 2021. 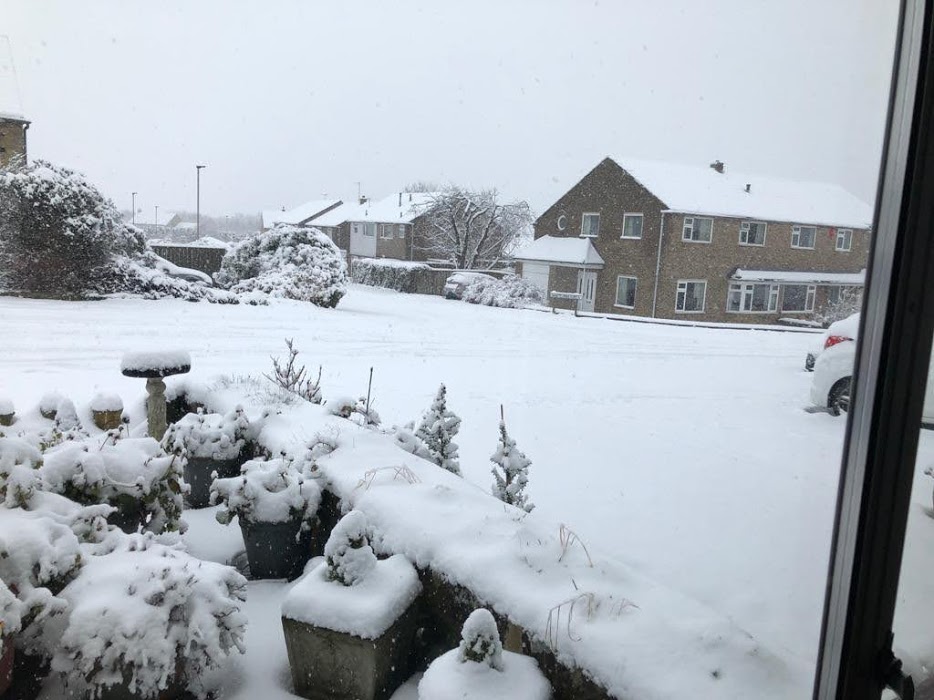 What a winter it has been so far. We’ve not had one like this for 10 years. Plans keep having to be changed due to snow but the animals here do not understand the concept of a snow day!

No matter how much snow has fallen the animals in our care still need feeding, medicating and cleaning out.

We are very grateful to our dedicated volunteers who have been braving the elements and walking to Bunny Burrows to offer their services. Especially on days where the road has been impassable! Without them we would be sweeping Gwen up off the floor. 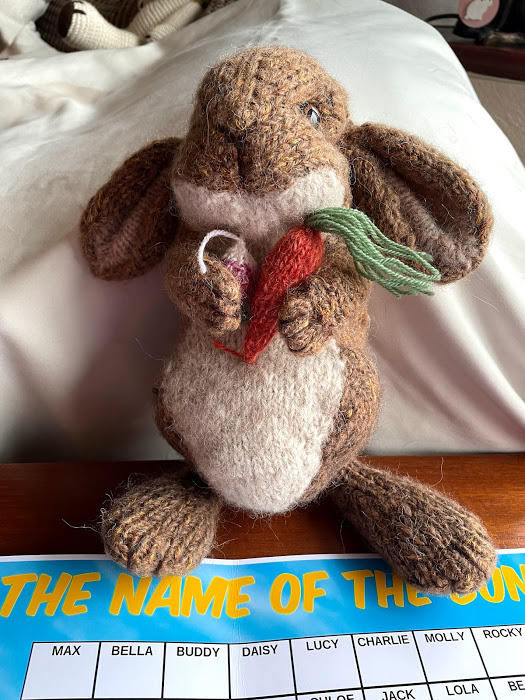 Who would like to win this gorgeous hand knitted rabbit? We will even include free UK postage.

Guess the name of the bunny competition is open to our world wide supporters too.

All you need to do is guess their name. There are 100 names to choose from; listed on the chart below. It is £1 a name to be paid by PayPal. List of names sold can be found on our Facebook page.

Our PayPal link is paypal.me/bunnyburrows or our PayPal email is gwenbigbunny@hotmail.com please add your name, email address and the name/names you would like to guess in PayPal comment section.

Prize has been kindly donated by @knotyourknanasknits – check out her Facebook and Instagram pages, her knitted creations are fabulous 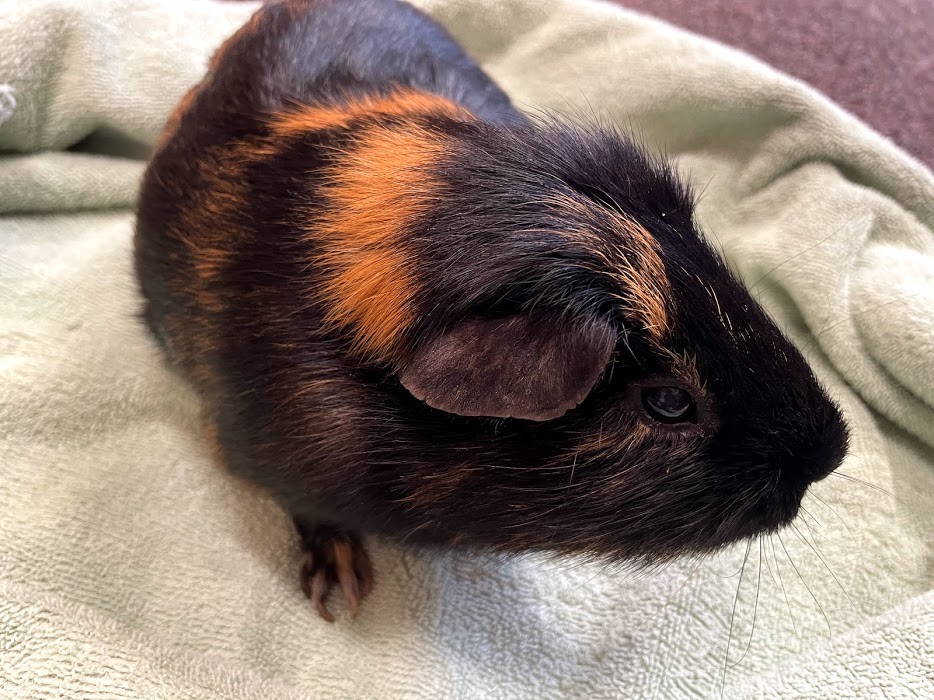 Unfortunately we have decided to cancel January’s auction. Due to high levels of COVID 19 in our small area of North Yorkshire; it is unfair for us to ask our volunteers to take so many parcels to the post office. We will review the situation for February’s auction nearer the time.

In the mean time watch this space for our next online fundraiser … coming soon to a screen in your home.

We are now one of Nature’s Own affiliated charities.

When you buy their products using our referral link they donate hay back to us. This is a wonderful scheme designed to help small charities like ourselves.

Although we buy the majority of our hay direct from the farmer. The rabbits and guinea pigs always appreciate fancy feeding hay. After all everyone appreciates a little treat every now and again. 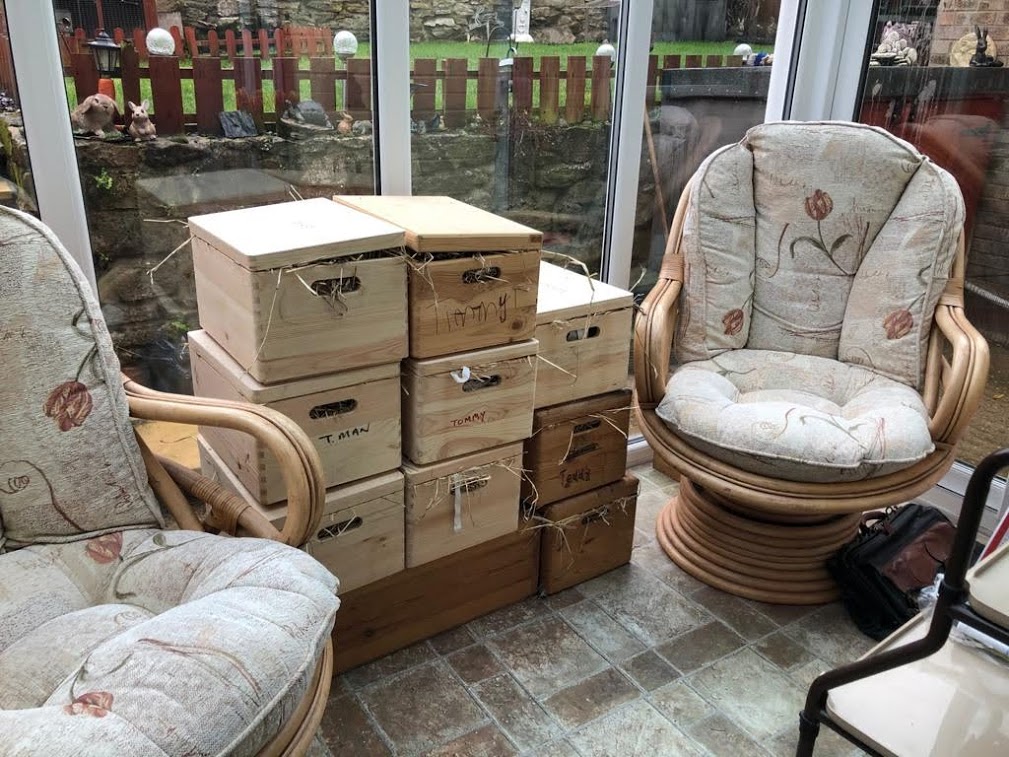 Brrrr it’s cold outside; much colder than what we are used to even here in North Yorkshire! Its causing a few unexpected problems. Eleven problems to be exact!

Eleven tortoises have been hibernating in the shed. Nothing unusual there, they’ve been successfully hibernating in there for several years. It is their home for half the year. However with no sign of this cold snap ending and temperatures dropping well below zero the shed is now too cold for them to safely hibernate.

So what to do with eleven hibernating tortoises?

They need somewhere cold but not too cold, dry and sheltered to continue their hibernation. Somewhere that is easy to access. Not to mention somewhere big enough to keep all eleven!

The answer – the conservatory!

Much to Gretel’s disgust Gwen has turned the heating off in the conservatory and barred her access. The tortoises are all neatly stacked with their names on their boxes, sleeping the winter away.