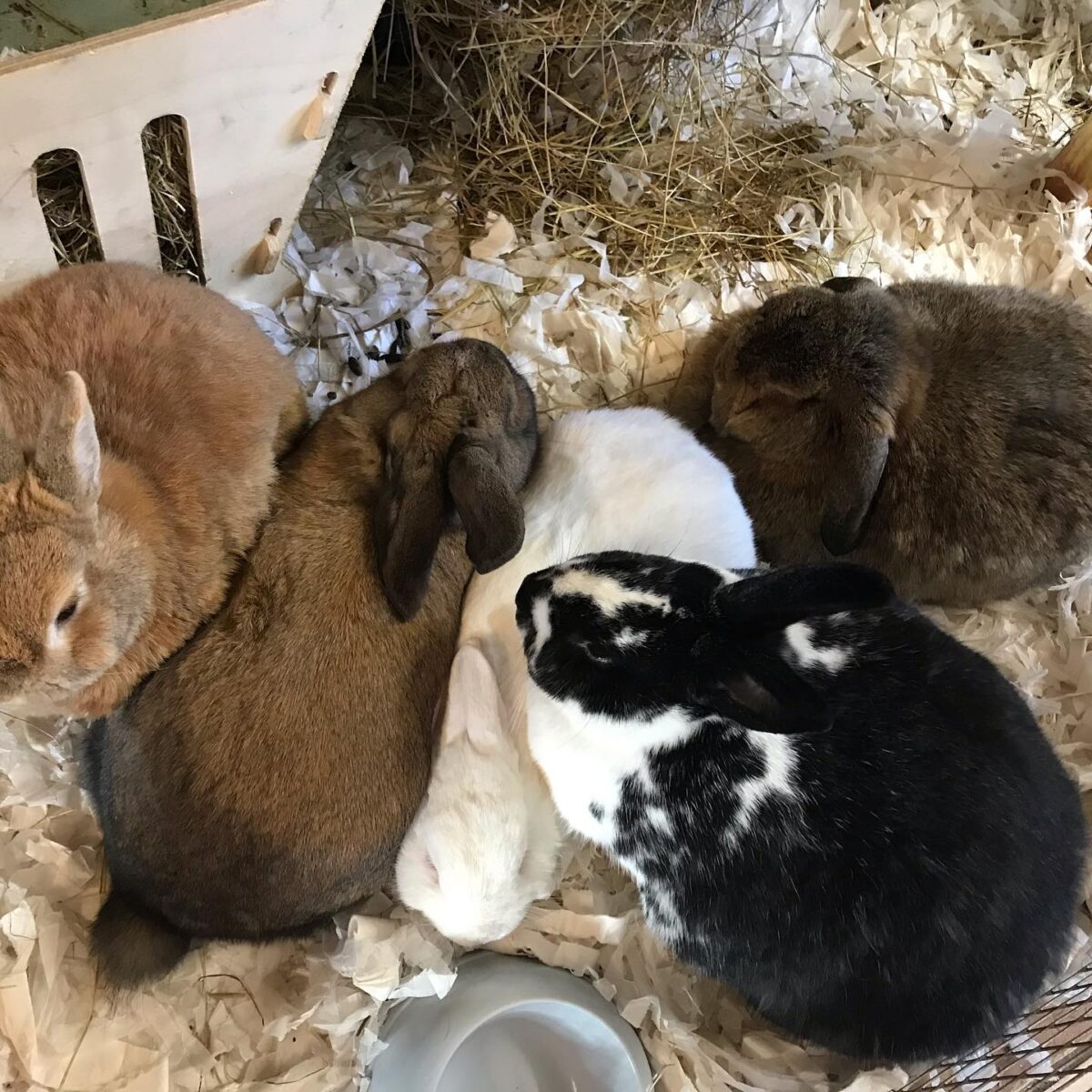 Meet some of the Bunny Burrows residents and hear their stories of how they came to be here and why they remain as our residents.

Ying was abandoned with her sister Yang at a vets; just a few days old after being attacked by their rabbit parents. Seeing the wounds on their tiny bodies was heart breaking.

If that wasn’t enough it soon became apparent that all was not right with Ying. Her back right leg had no feeling and although it caused her no pain it hindered her moving. At three months old and weighing just over a kilo, Ying had it removed. Since then there has been no stopping her!

She has lived at Bunny Burrows since March 2020.

Named Flash for the white blaze on her forehead when her time to be released back into the wild came she refused to go and hid under the volunteer’s skirt. In the twenty four year that I have run Bunny Burrows this was a first for me! I have never seen a rabbit so happy to come back!

Flash has lived at Bunny Burrows since May 2020.

This beautiful piggy arrived during Christmas 2019 as a result of an RSPCA cruelty case.

Boudicca was pregnant although she was just a baby herself. By the time she gave birth she was wider than she was long!

Mischief arrived at Bunny Burrows in 2013.

She came via the RSPCA who had found her living in a squat with her owner and a dog. She has lived up to her name chewing everything in her reach (walls, floors and stairgate). Now she’s in her senior years chewing is too much of an effort so she’s taken to splattering poop wherever she can!

Marigold arrived at Bunny Burrows in 2013.

She has a badly misshapen shell which is a result of a poor diet and lack of sunlight before she arrived at Bunny Burrows. She is unable to hibernate as she cannot tuck her limbs inside her shell, so she spends 6 months of the year living in a tortoise table in the eBay room!

Marigold recognises her name and will pop her head out for her chin to be tickled.

This page is currently being updated so please come back to visit more of the Bunny Burrows residents. Thank you.