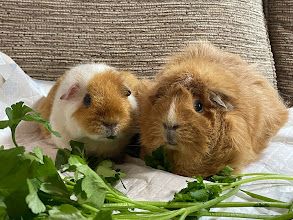 Last year I jinxed myself by ending my Christmas message with the hope that 2021 would be a quieter year. I didn’t think we could have a busier year than 2020. How wrong could I be? Turns out 2020 was just the warm up!

Baby wildies started arriving early March following a false spring in February. Once they started arriving they didn’t stop until mid September. I have never hand reared so many in one year. I gave up counting once we passed 30! At one point I was nursing two litters of 8 at once. Unfortunately for the first time in the 25 years I’ve been running the charity I had 3 baby wildies arrive with Myxomatosis. The two smallest didn’t make it however the oldest of the 3; Magic named after the Queen song ‘It’s a kind of magic’ did.

Like most years we have had our ups and our downs. We’ve lost several of our long term residents this year; many tears have been shed. Each death seems to hits us harder.

Fundraising has been crazy. I have been incredibly lucky with the amount of donations that have been received. Many a time I have looked around my sitting room and wondered where I am going to put it all! But between eBay, Facebook Market Place and our Facebook auctions it soon goes. I am thankful for each and every donation that Bunny Burrows receives. Without them I wouldn’t be able to run Bunny Burrows.

Many thanks to everyone who has donated goods, money or time Bunny Burrows would not exist without you.

Merry Christmas and all the best for 2022.

Love Gwen and all at Bunny Burrows.