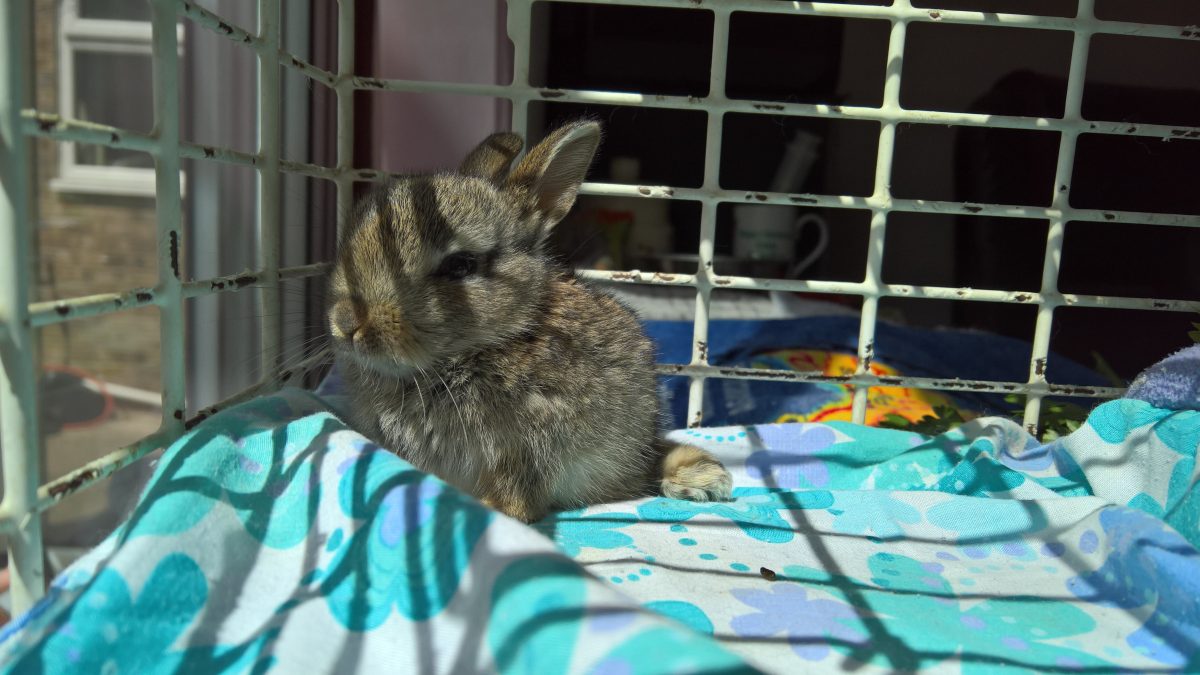 Meet Brexit, a little wild bunny with a big personality!  Brexit came to Bunny Burrows in June 2016, on the day of the EU referendum (hence the name).  She was found by the RSPCA and taken to a local vets, who contacted Gwen and asked if she could take her in.

As with many of the babies that come to Bunny Burrows she needed bottle feeding.  But as well as being very young Brexit had another problem – she didn’t seem to have much control over her left rear leg and it wasn’t taking her weight when she moved.

As Brexit got older she moved from living in a pet carrier to an indoor cage. She has recently moved into the colony with the other permanent residents; it was decided she couldn’t be released as she had become too domesticated while being bottle fed and because of her leg Gwen was worried how she would cope in the wild.

Thankfully as she has grow her leg seems to have got better and you can only notice it if you look carefully.  She now runs and climbs with no problems; in fact Gwen has had to start covering the top of the colony to stop her leaping out.  Before this she has spent a few nights running round the garage chewing things she shouldn’t!