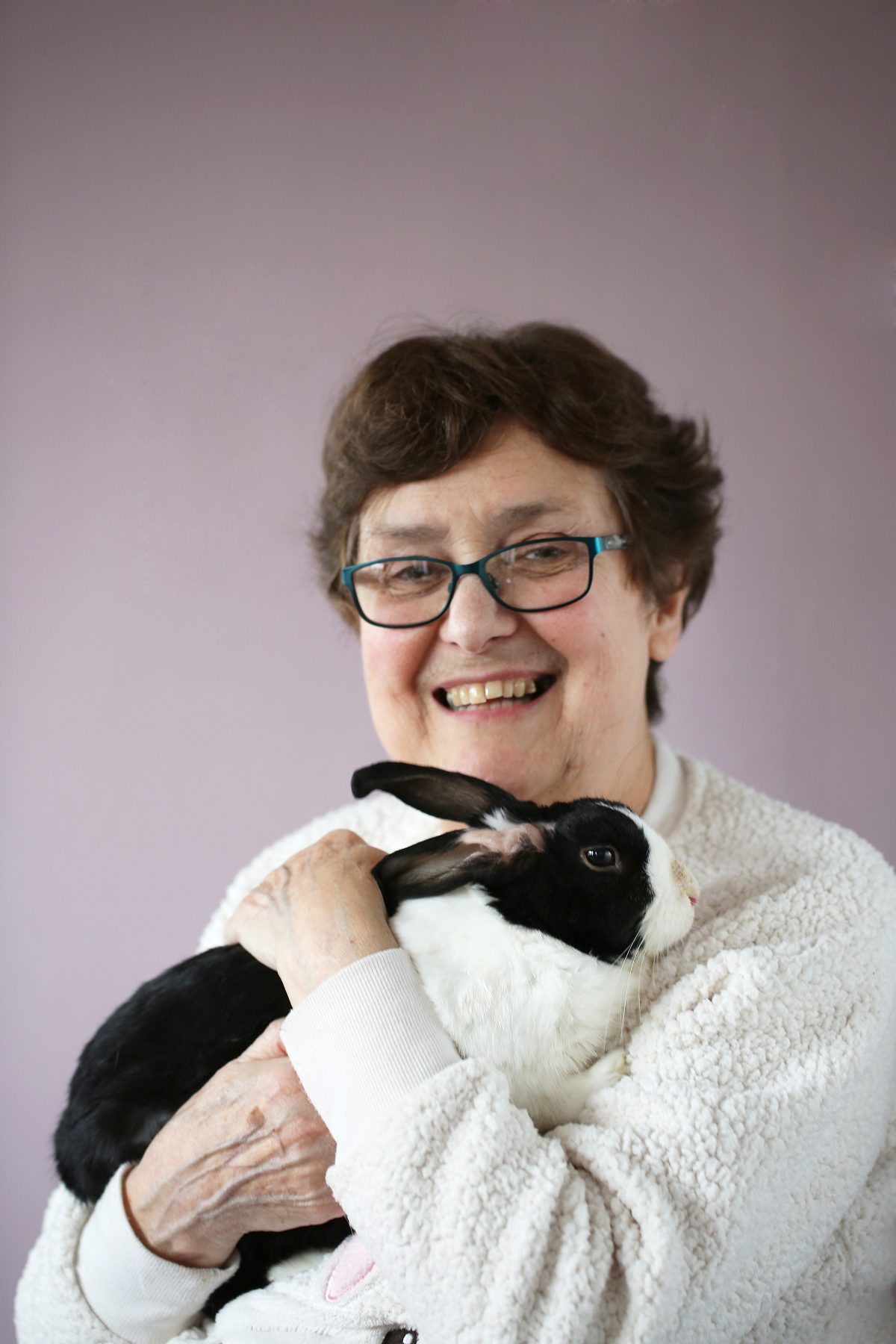 Bunny Burrows are pleased to announce Gwen has been awarded the British Empire Medal in the Queen’s Birthday Honours.

Gwen has worked tirelessly for over 20 years to improve the lives of small animals; both through rescuing and education. Run from her home, Bunny Burrows was setup in 1996 by Gwen and her late husband John.  Together they have rescued many animals and given them a new chance of life, either as permanent residents or through re homing.

Over the years Gwen and Bunny Burrows have received several awards and nominations.  Last year she was recognised for her work rescuing Hans, an abandoned dutch rabbit who needed major surgery and nursing – although Hans did take all the credit.  3 years ago she received the CEVA award for volunteer of the year, giving her an excuse to buy a new dress and let her hair down for one night (and getting to meet Brian May).