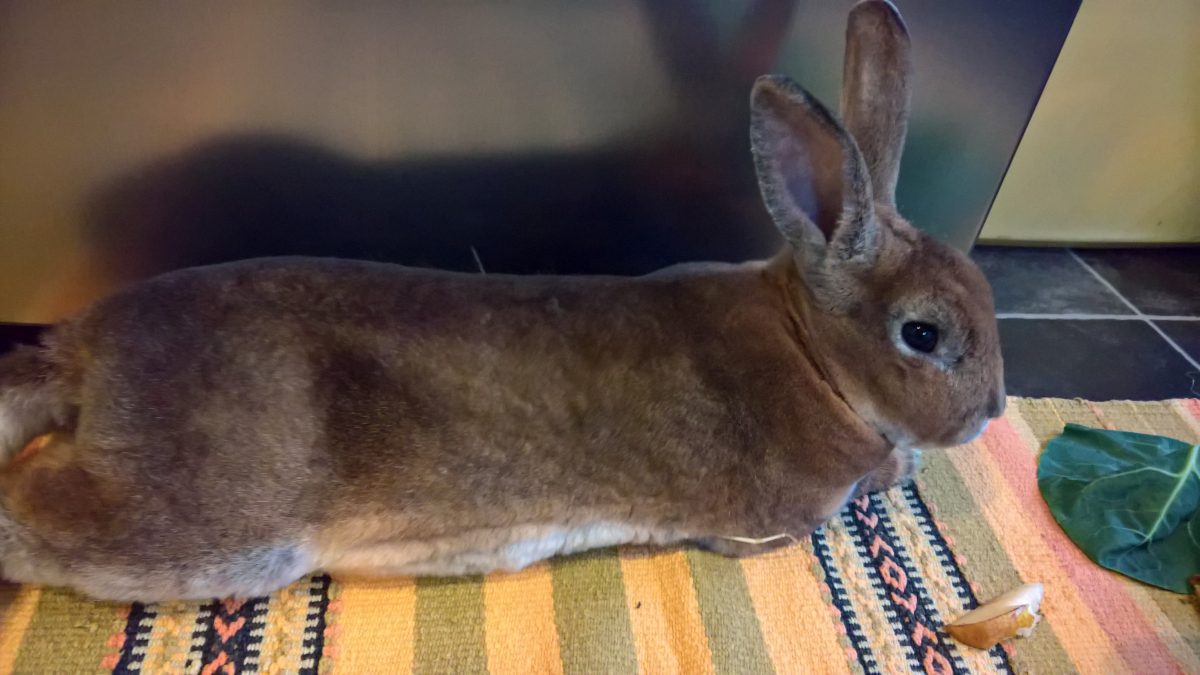 A few weeks ago we received a call from a vets in Darlington asking if we could take in a young male rex rabbit who had been brought in as a stray.  The poor little bunny was severely underweight and had what the vet thought were scald injuries to one of his back legs.  The little bunny was collected and brought back to Bunny Burrows HQ where he was named Prince Charming.

We soon discovered the wound on his back leg wasn’t caused by scalding though, but by him over-grooming and chewing his own foot, and he started doing the same to the other back foot.  This was most likely caused by stress, probably from originally being not looked after properly, then abandoned, then the change of surrounding.

A visit to the vets in Leeds was quickly arranged, where he was prescribed a dose of medication.  This, along with proper care and diet seemed to help and the injuries soon healed and the fur started to grow back.

Today Prince Charming is a normal little bunny, with his rear feet almost completely healed.  He is a happy little chap who loves a cuddle.  Unfortunately due to the problems he has had he will be staying at Bunny Burrows for some time while we monitor him.