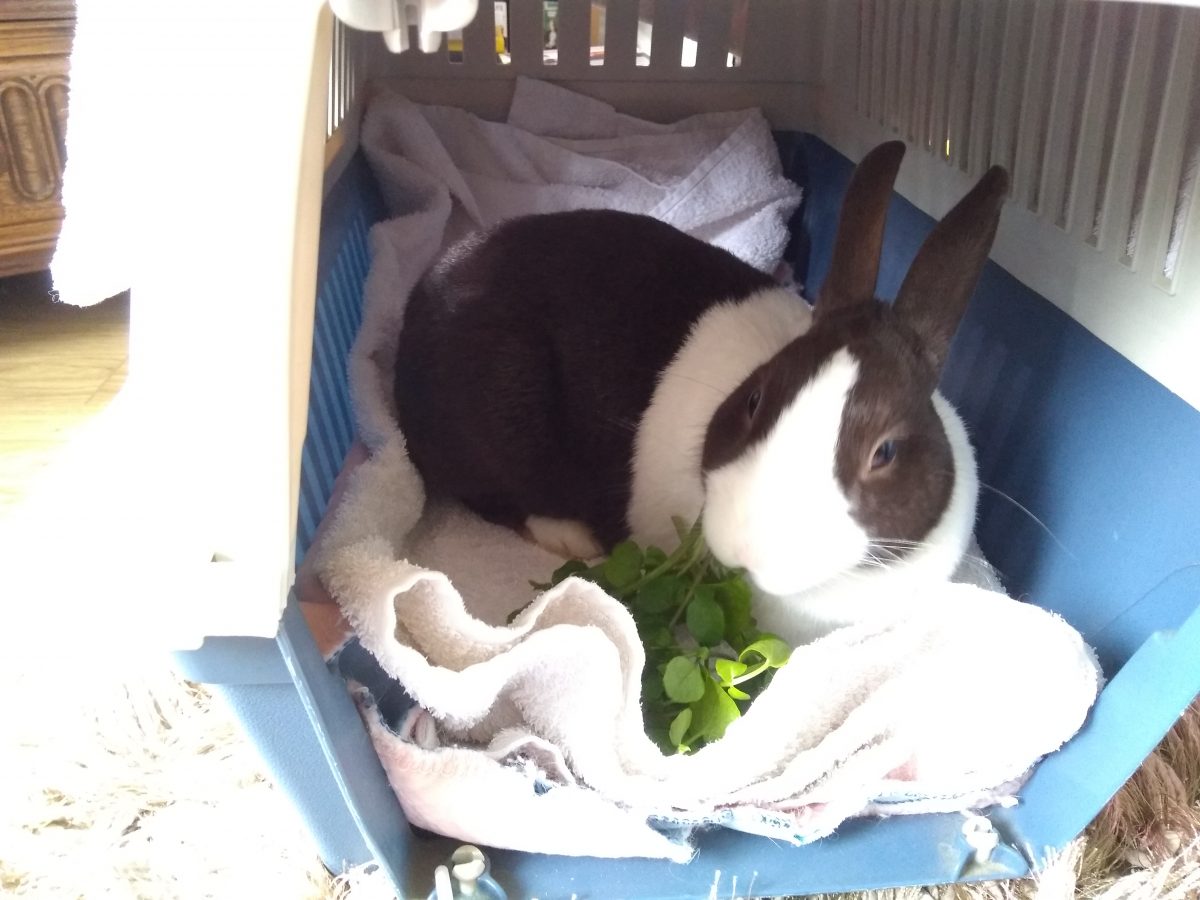 Last week we received a call from Aire Veterinary Centre in Headingley, Leeds, asking if we could rehome a bunny for them which had been found by a member of the public as a stray and taken to the vets.  Upon inspection it was found she had a mammary tumour, and they operated to remove the mass and spay her.

Cases like this are sad but unfortunately becoming more and more common.  More of the rabbits coming to us as strays have health problems, and it is possibly due to owners releasing them when the realise they can’t afford the vet bills.  What is more frustrating is the risk of this type of cancer could have been greatly reduced had she been spayed.  Again this probably wasn’t done due to cost.  People still see rabbits as a cheap pet, but caring for any pet properly is never going to be cheap.

The little bunny, named Hope, has fully recovered from the operation and is full of life, spending her days trashing her new home.